If your mobile device supports NFC, it can be used to quickly establish a Bluetooth® connection by positioning the device’s NFC sensor near the NFC mark on the TSL Reader. 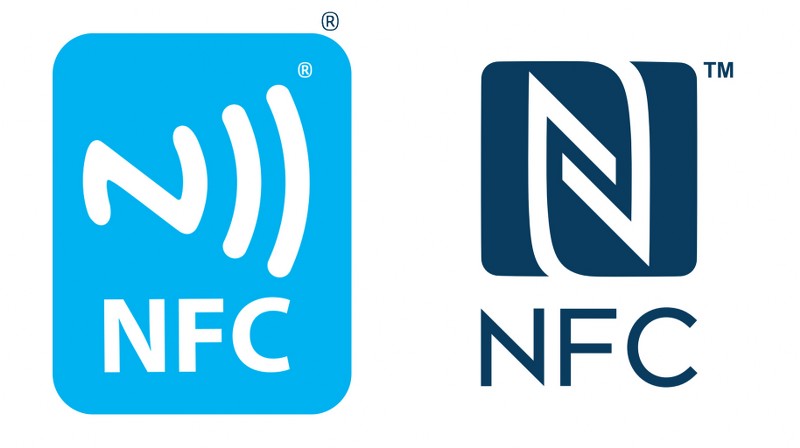 DIfferent NFC symbols. The NFC symbol on your device may differ again.

If NFC is off…

On mobile devices, the NFC feature can be turned on either in the notifications bar or in the Settings App, often in the Wireless or Connections Section.

The position of the NFC tag is marked by a blue NFC symbol. Note: the tag may be located on the side or bottom of the Reader!

The NFC symbol is typically on the top of the Reader but, on some models, it may be located on the side or bottom.

Pull the Reader’s trigger to wake the device. Ensure the Reader is on and the Blue LED flashing.

If the Blue LED is ON…

If the Blue LED is on continuously (i.e. not flashing) then the Reader is already connected to another App (possibly on another device). Disconnect the Reader from the other App before continuing.

Tap your mobile device on the Reader’s NFC tag. You may need to move your device slowly around to find the correct spot.

Once the pairing or connection process starts, move the device away from the Reader to avoid repeat detections.

The first time your device sees a Reader it needs to pair to it. During the Pairing process, your device may show a dialog to confirm the pairing – allow it to do so. You do not need to share contacts, if prompted. 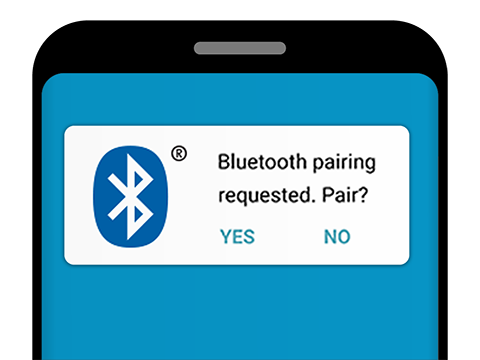 A Bluetooth® pairing will now be established between your device and the TSL Reader. Depending on the app you are using, you may also need to select the same reader within the app.

If the connection fails, try again, ensuring the TSL Reader has remained on. 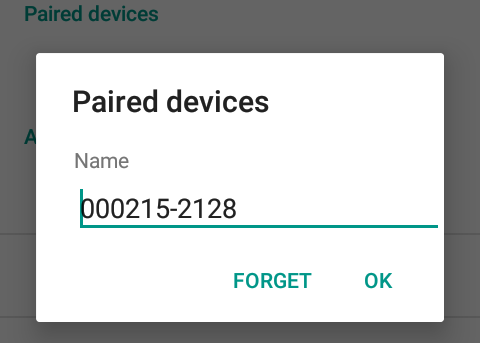 If the connection fails multiple times then go to the Bluetooth® Settings, locate the Reader (by its serial number) and Unpair/Forget the pairing.